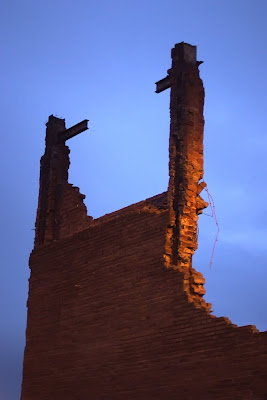 I managed to capture this last section of the old gal left standing on a dark January evening (24/01/10), the light thrown by my flash and accompanied by more spilling out from the Weatherspoons pub next door. Not sure whether the wreckers ran out of time at the end of the day or if they deliberately preserved this temporary monument. Either way, the Regal's last gasp was captured.
Posted by eamon@ewmphotography at 09:59